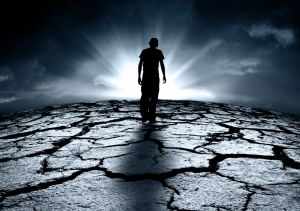 In a recent interview with Barbara Walters, Peter Rodger, the father of Elliot Rodger who killed 6 and wounded 13 others, said that he never saw the signs that something was severely wrong.

Peter and his wife truly believed with all of their heart that their son’s issues would not take him to the mental state that he had succumbed to. And I believe that to be true to a degree. With Elliot living on his own, away from daily interactions with his parents, it was even more difficult to diagnose how Elliot’s mind had digressed.

However, I must say this. The signs were there and all along, even going back to the age of 7 when his parents divorced. That was the ultimate turning point in this young man’s life in which his parents had noticed the change, enough to seek help for him. Did his parents understand the severity of Elliot’s issues? No, not to the degree that ended his life and the life of others.

If parents don’t know what they are looking for or what the signs could easily turn into if not carefully monitored, it is easy for them to not see the troubling issues that were obviously forming for some time in this young man’s life. Many parents think that because there are no outward signs such as rebellious behavior or acting out, then there is nothing wrong altogether. But the truth is, that doesn’t matter when it comes to a significant and serious psychological issue. The only way of knowing for sure is acting on what you do know to be wrong and to get your child diagnosed.

The other concern was Peter’s Rodger’s statements about how they went from counselor to counselor, mainly due to all the moving that was involved, and yet from what the father shared, not one of the counselors encouraged these parents to get him diagnosed by a psychiatrist or mental health clinician. This brings several thoughts and questions in mind – many parents are embarrassed and in shame for having a child with possible mental issues. Could that have been the wall to keep their son from getting the much needed help he needed? Could some counselors not be as well trained to identify the need to send a teen to a professional psychiatrist or clinician that practices mental health and diagnosing for disorders or illnesses?

As a parent who went through quite a few teen crisis’, I wanted to just deny there was a problem and hopefully it would resolve on its own. There is a huge stigma about having your child see a psychiatrist. Could Elliot’s parents also come to that place of denial? This is something only they can really answer.

Elliot’s close friend, Andi Chan, did see signs but didn’t realize the depth of Elliot’s issues and how far they would be taken. Andi shared about how Elliot ranted that the world was unfair to him and when he spoke about it, it came across as depressing and angry. After watching a movie called, The Chronicle, which was about dominating the world, this ultimately encouraged Elliot’s feelings and in the end, the loss of life.

Although I don’t know and neither does the world, the dynamics of Elliot’s family,  there was a deep wound in his life that caused hurt and anger, most specifically towards women and the rejection from others he felt on a daily basis. His self-worth was at such a low that this pain and loneliness transferred to a bitterness he couldn’t let go. He didn’t care about his life anymore because no one else had in his mind. When a teen is that depressed, their feelings of sympathy turn to apathy and they lose sight of what is good. All they can see is the negative.

Can we do more to make sure our teens don’t lose sight of hope in a fallen world? Oh how I would have loved Elliot to meet Nick Vujicic who was born with no legs or arms, who went through depression and suicidal thoughts and attempts, feeling so worthless being born that way. Could Elliot been rescued from the torment, anger and hurt that he felt? Absolutely yes! Two different men with so much pain but lived their lives so differently where one lost hope and one gained hope.

When my daughter sat with me to watch 20/20 on Elliot’s story, it brought much sadness to her. Having gone through so much in her own life, she could see the pain that he went through. Although she is in a very different place today from counseling, she said, “I know how he felt. I wanted to hurt others and myself. I wanted to kill couples who showed love because they didn’t care who saw their affection towards each other and it was so unfair that I couldn’t have that love that I wanted so badly.

We talked a lot that night and how God gives us hope in a hopeless world. How God gives healing to the brokenhearted with their wounds and scars. She asked me, “Is this why God gave me the gift of compassion towards others?” I replied, “Yes, it is. Because of what you have been through, you can share that hope to others so that they can find freedom and help in their time of need and not be embarrassed to ask for help.”

If you have a child with a possible mental illness, let me say that God loves you and desires for you and your family to be healthy and healed. Don’t let shame, guilt, embarrassment or anything else stop you from getting the guidance, therapy, help and medical assistance that your child or teen needs. You will save their life. My prayers are with you.  If you need guidance in finding help for your teen –  Help for Mental Illness

Please take the time to view Nick Vujicic’s story below and share with someone else to pass on that hope.