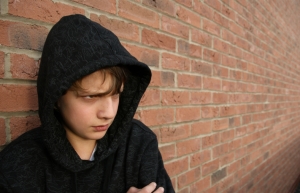 Visiting a parent site a few days ago, I noticed quite a few posts from moms sharing their woes in dealing with a rebellious teenage son.

As I was surveying these posts, there was a common thread that weaved through their words. From a mom’s perspective, all she could see was disrespect, no accountability, and not abiding by the rules. Furthermore, fathers were either not present in the family or not fully involved in the family. In many cases, drugs and alcohol became an issue and violence was starting to enter the home.

From the teen’s perspective, he wanted respect, to be heard, and given independence. He was also tired of being treated as a little boy when he was old enough to start making more mature decisions. Moreover, he felt suffocated with little to no opportunity to experience things that were considered acceptable. In fact, in many situations teens became angry and often expressed to their parents how they hated them.

Another troubling factor remained, in that parents often did not follow through with punishment and discipline. So in essence, this gave the teen permission to be in a more authoritative role over the family. There have even been studies that showed teens that were the most violent came from homes with parents who were weak or non-existent. Several cases explained how a parent was physically abused by their son and instead of sending him to jail or even away for help; they did nothing or excused his behavior.

With teen boys between the ages of 13-18, there is a shift from boyhood to manhood. To mom, she does what comes natural by keeping her family in order and get through the daily routine of life. Like a momma duck with her ducklings, when she speaks, they listen. When she moves, they follow. To her, this is necessary in keeping in line for survival. But in reality, as a mother, we often miss the ongoing changes that transpire in growth with our children.

Fathers play a key role into manhood by showing respect towards women, accountability with others and responsibility as well as skills to help him in his future. He is ultimately the one person that has the biggest impact in a teen boy’s life. If he does not actively participate in his son’s life, it is perceived as rejection to that teen.

Likewise, hormones also play a vital role in a teenager’s life. Emotionally, physically, and mentally, they exhibit these changes internally and externally. While physical changes can be prominent and viewed much more easily, the emotional and mental state of a male teen can be difficult to observe.

Some of the physical symptoms normally seen are the hormonal changes of body and voice. Typically boys are not very expressive or outwardly talkative. They are more private and quiet compared to girls. Their sexual peak is more heightened during this time as well which can cause havoc for parents who want their sons to hold back on relationships.

Emotionally, they are starting to have more feelings. Things that never bothered them before are frustrating them now. Anger is becoming dominant in their self-expression. They worry about their body image which affects their self-esteem. Their ability to think things through is foggy. In fact, this is partially due to the brain’s frontal lobe that is not completely formed at this age which is crucial in decision making. With that in mind, many male teens make risky decisions by going with the “feeling at the moment” attitude. Distorting conversations is also a common problem because they are so focused on themselves that they struggle to really listen to what is sound wisdom.

Although I do not have sons of my own to raise, I have met four teen boys coming from different cultures and backgrounds. Two come from divorced families. What I have seen in all four: Risk takers, anger issues, combative behavior, disrespectful towards family members, abused drugs and alcohol, runaways and sexual promiscuity.

Stating their desires of being on their own, all four wanted independence outside of the boundaries set for them. All four felt that mom and dad didn’t understand them. All four have said that they disrespect their parents because they feel disrespected. All four said they have been treated like a child and their opinions were not validated by the parents. And all four said that they felt their parents were wishy washy on discipline, being unfair in punishments because they were given out in the height of anger. And most importantly, all four felt strongly of being unwanted or unloved.

So what can parents do?

1. Seek help! Counseling should be at the top of the list to help your family get through a crisis with your teenage son. I am not talking about counseling for just your son, but for you parents as well. Boundaries need to be learned and administered. By understanding how to communicate more effectively, you can also learn how to be more attentive and supportive. And in return, your son can learn how to be more open.

2. Parents! When you lay down a rule or guideline, you MUST stick to your word. It empowers you with more authority, have control, and in return get more respect.

3. Parents if at all possible, you must be in agreement on how to handle bad behavior and how to reward good behavior.

4. Praise and build up your son in his accomplishments. Teach him how to be responsible and accountable to others. Encourage him in finding a job. It will make him feel like he is being counted on by those that employ him and lift his self-esteem.

5. Tell your son you love him. So many times parents think their kids already know this. The less often it is said, the more insecure and unwanted a child feels.

6. NEVER, EVER hit your teen. This only reinforces bad behavior and rejection.

7. Ask for guidance and support from your minister, pastor or clergy. If he needs a mentor that is closer to his age, a youth group leader would also help your son in this area.

8. Pray! Pray for God’s intervention in your son’s life. Pray for God to show you how to be a better parent. Pray for wisdom and discernment for each situation.

9. When you have done everything that you can, and your son is still out of control, then you need to submit your son into a program that specifically helps teen boys in this area.

Proverbs 22:6 (NASB)
Train up a child in the way he should go, Even when he is old he will not depart from it.

Hebrews 12:11(ESV)
For the moment all discipline seems painful rather than pleasant, but later it yields the peaceful fruit of righteousness to those who have been trained by it.

9 thoughts on “Help! My Son is Out Of Control!”